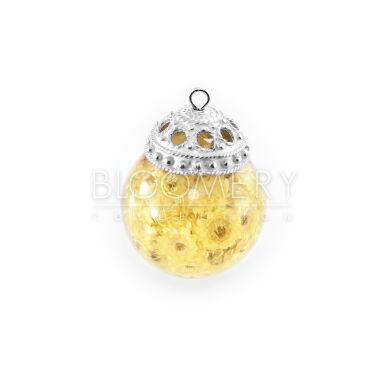 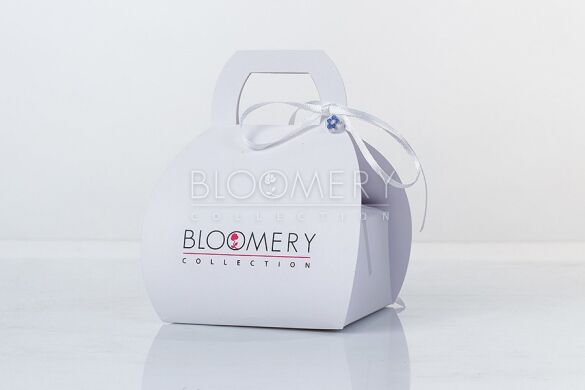 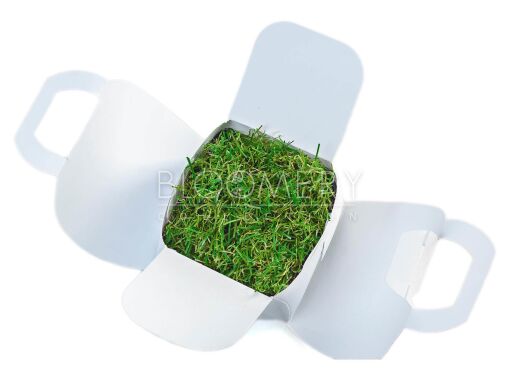 The name of immortelle, strawflower comes from Latin word Helichrýsum.  According to one version, it is derived from Greek word helix that means twisted and word chrysos that means gold; according to another version – from word helios, that means sun.
The immortelle is a symbol of health, inflexibility, strength of mind, memory of ancestors and their help in hard times.
Flowers are language of nature. It is real and sincere. Learning symbols of flowers we can choose a state and mood that we would like to stress or intensify due to jewelry with real flowers.
Floriography is symbols attributed to different flowers and used to express moods and feelings.
In the Victorian era the language of flowers was used to express feelings which could not be spoken aloud. The language of flowers finds its roots in the East. Knowledge about the language of flowers was brought to Europe by two women: Aubry de la Mottraye and lady Mary Wortley Montagu.
There are several legends about the immortelle. A Slavic legend tells about wisdom of a woman and power of the flower.
Avdotia came to Batu Khan and asked him to buy her brother out from captivity. Khan was surprised as she asked to buy out her brother, but not her husband. Avdotia answered: “When I get married, I will have a husband. When I have the husband, I will have a son. But I cannot find another brother”. Khan was impressed by wisdom of the woman. He picked any old flower and said, “Go through my Horde till the flower fades. Take those relatives whom you will manage to find without any ransom”. She was going through the Horde for a long time, she managed to save many people from death, but the flower was becoming more and more beautiful. Since those times people have called it the immortelle.
The immortelle has a lot of functional applications. Immortelle essence is used in industrial perfumery to create fragrances. Some varieties of the immortelle are important medical plants.
It should be noted that the flower has some types of external appearance. It is beautiful, nice, and it is very honoured in folk traditions as the ‘flower of ancestors’.
It is considered that it enhances firmness and strength of mind.

If you are from European Union countries:
Terms of delivery: 7-10 days
Delivery costs: 7 euro
Click please here for to pay delivery costs
Write please your delivery adresse and number of your order, E-mail - shop@bloomery.eu

If you are from Canada or USA:
Terms of delivery: 14-20 days
Delivery costs: 14 dollars
Click please here for to pay delivery costs
Write please your delivery adresse and number of your order, E-mail - shop@bloomery.eu

You can pay with Visa or Master Card. You need just click button near chosen item 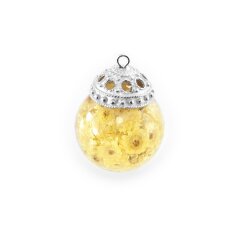